We already know that the Universal Wolf team are a hardy bunch: if you need a reminder, have a read of this article on Team Tough Mudder from back in the summer. But, it’s not just runners we house in this haven of sheet metal fabrication – we have a contingent of keen mountain bikers too!

In this Wolves in the Wild feature, we meet the (unofficial) Universal Wolf Mountain Biking Club.

Quality Engineer Chris Roper has been a keen cyclist since the age of 5, and in his own words, ‘will keep doing it until the day I die’. On joining Universal Wolf, he inadvertently set up an unofficial cycling club which keeps growing in numbers – and is always open to new riders.

“It originally started as just me and a friend I grew up with – we would go cycling every Thursday night, without fail. Eventually my friend moved away, and a few more people took his place. When I started working at Universal Wolf, I mentioned my weekly pilgrimage to a few others who decided to come along… and its grown from there!”

For Chris, cycling is something that lets him switch off from the everyday.

“When you’re riding along on two wheels and find yourself faced with a challenging climb, or challenging descent; you are forced to think about nothing but what you are doing at that exact moment. If you don’t – you might find yourself brought down to earth with a bump!”

Although most rides are sociable on accessible trails; Chris and his fellow cyclists recently took a trip to Innerleithen near Edinburgh, for their most extreme challenge to date – cycling the trails known as ‘The Golfie’ which start and finish at Innerleithen Golf Course. The first half of the ride follows climb up to 1300 foot through forests and onto open moorland where it was snowing at the top. They then had a glorious descent through the trees, dropping through steep and narrow trails with rocks and roots for an added challenge! Well done to all involved – Chris, Micky Cole, Paul Ferguson, Liam Fairley, Jordan Maxwell, Nathan Mould and Carl Quell, and Callum Robertson.

We are delighted to report that everyone made it back alive, with no major injuries and only one puncture! 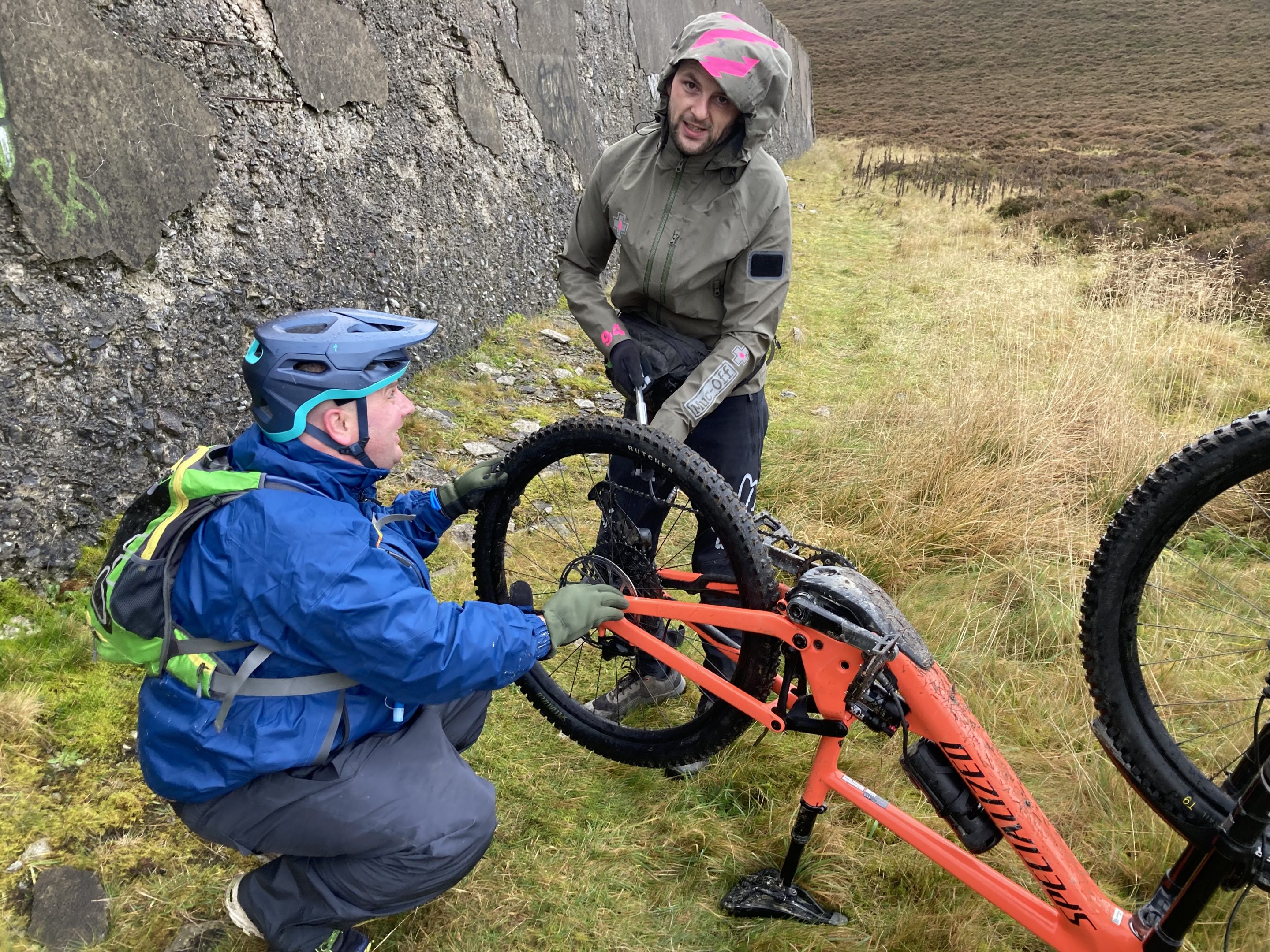 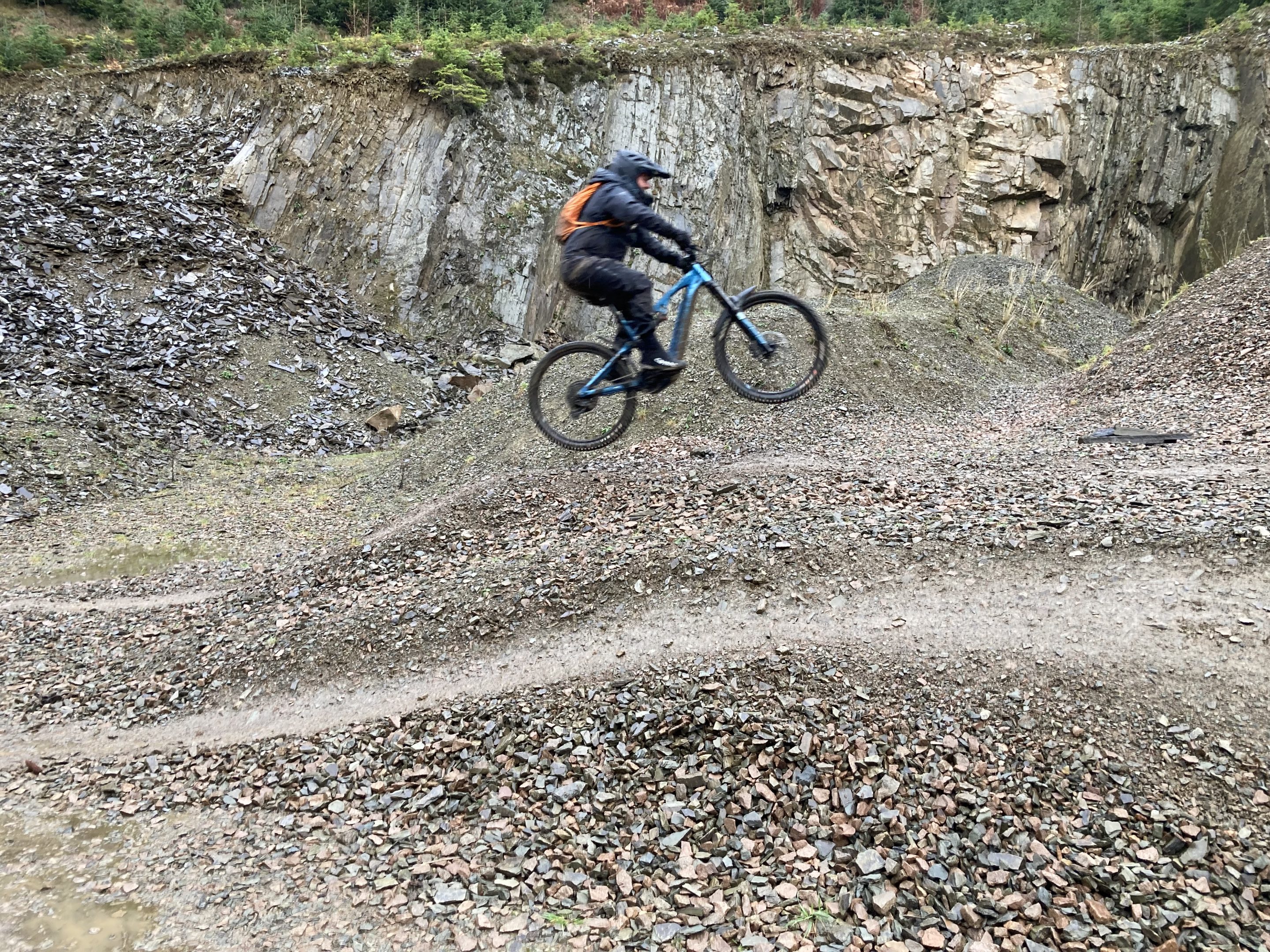 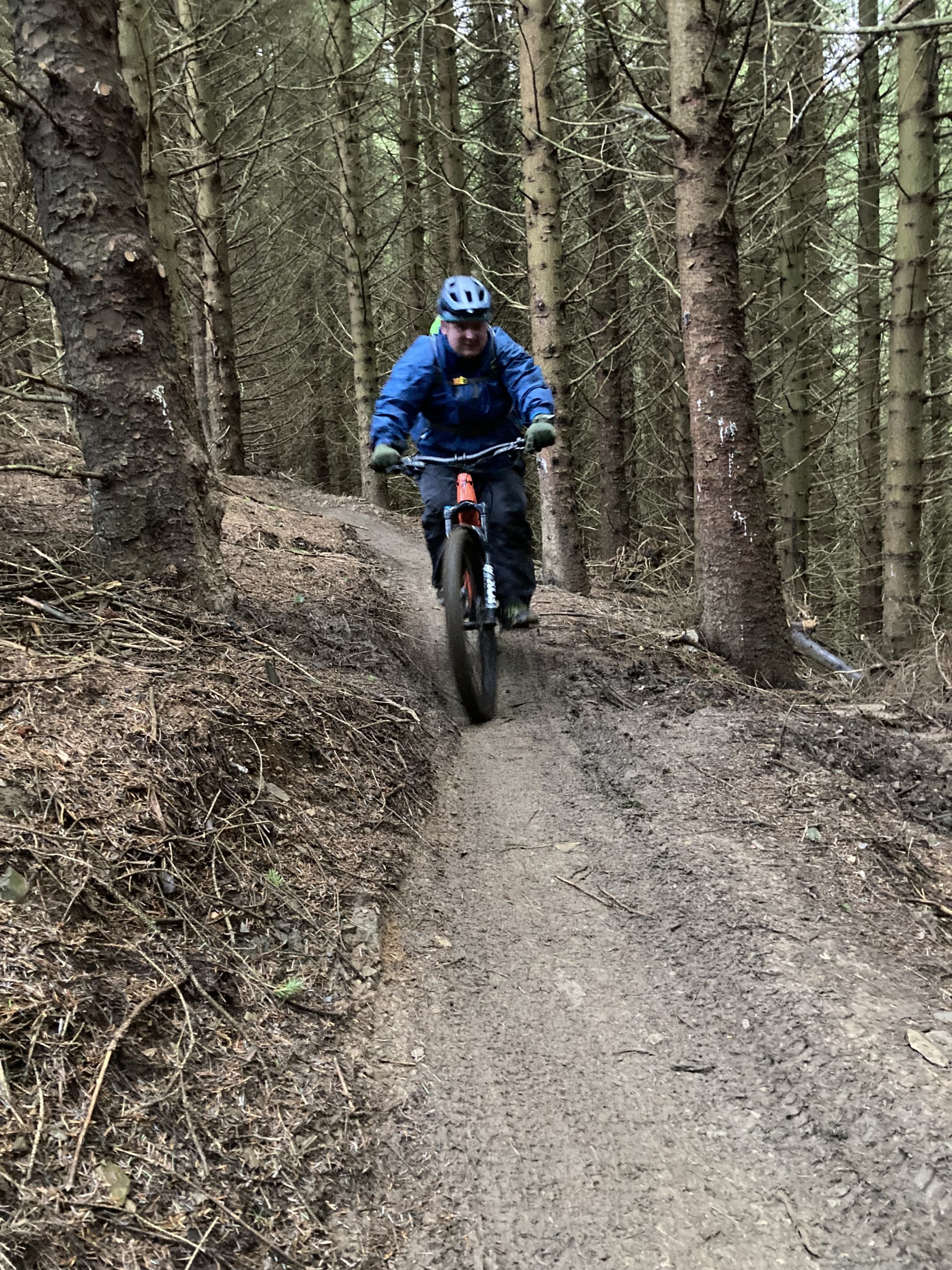