Wolves in the Wild: John Hodgson, The Karate Kid

For our next instalment of ‘Wolves in the Wild’ we talk to our very own Karate Kid John Hodgson, Paint Team Supervisor, about his karate past, competing, and how a passion to be the best fuels his approach to his work.

How did your karate journey begin?

I began doing karate at the age of 10.  A new club had opened in the area, and I wanted to give it a try with a few others from school.  None of the others really took to it but me. I was by no means a natural, nor was I very talented – I just loved going and getting involved in the action.

Being the youngest male in the club by a good six years, I found myself getting quite worse for wear through fighting the older kids and adults; and would more often than not go home with a split lip, a bloody nose or bad bruising.  I remember my mam asking why on earth I did it if I was getting hurt all the time?  My response was: “It’s making me stronger, and I love it.”

My instructor saw what I was putting myself through and recognised my efforts by awarding me the annual ‘Student with the Most Spirit’ award, as I just wouldn’t give up! This was my first ever trophy. Over the next 4 years, my determination paid off and I advanced through the grades, passing my black belt at the age of 14. I opened my own club, Kihon, alongside my instructor a few months after that. 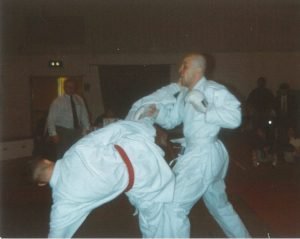 I realised that I was extremely competitive and began to set myself targets – the first was to officially compete. I entered the North of England Open Karate Championships, which I won for the first time at the age of 15.  This became my event, and I won it each year for the next 20 years, in one category or another, until I retired at 35 – the most successful and consistent fighter ever at this event.

At 21, I was selected to represent the AMA (Amateur Martial Association) Great Britain team at an international event in Paris. I took Silver in the Men’s Heavyweights.

Building on this success, I went on to win the AMA National Championships seven years in a row, across four different categories.

Between 1996 and 2007 I represented both England and Great Britain at numerous events around the world. I took Gold at the European Masters Cup in Denmark in 1998 as a light heavyweight, and Gold in the World Open Championships in Sweden in 2006. Finally, I was made captain of the AMA GB team and also the England regional team – finishing my career on a high. 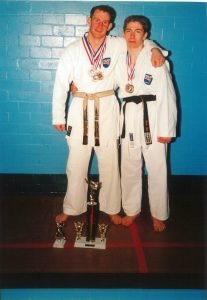 The competitive nature lives on

After retiring from competing, I put my focus into my students, who were also competing to the highest level and winning national and international events.

Today, the competitive nature has not and will never go away. These days, it manifests itself in my work, pushing me to be the best I can be and to lead the Universal Wolf Paint team to deliver the very best for our customers.

Life in the Paint department is fast-paced, and we have to operate like clockwork to ensure product is painted and despatched from our area on time, and to the superior quality we and our customers expect. We live and breathe teamwork, working as a pack to deliver the very best.

As for my Karate, I don’t compete or teach anymore and train solely for fun, but still enjoy sparring with up-and-coming fighters, just to stay in the game! 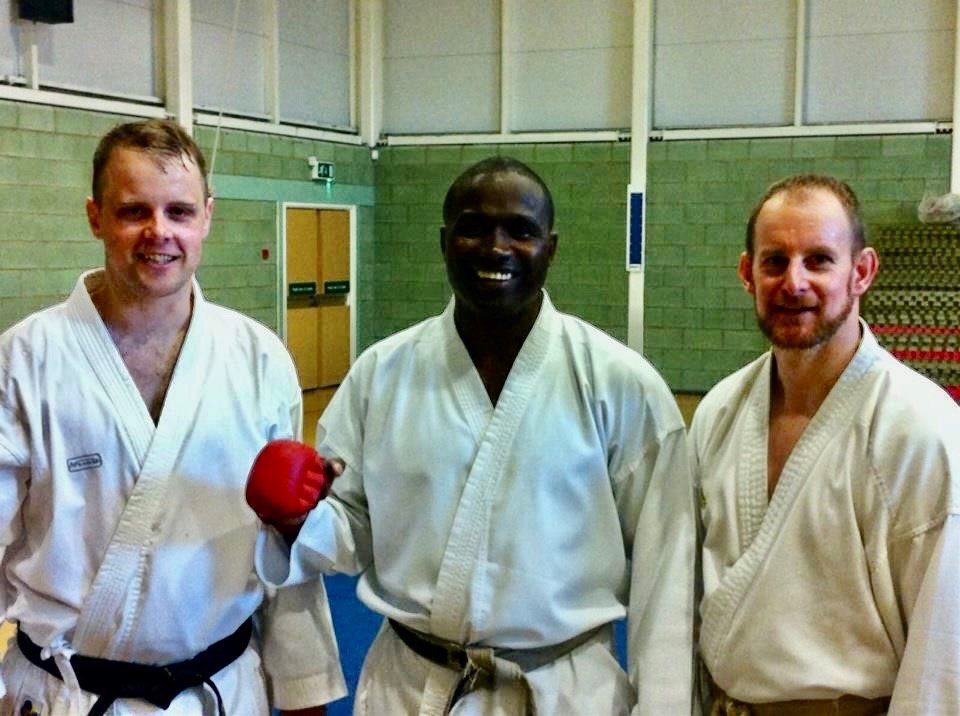