We recently announced that three of our Tharsus Group colleagues had been shortlisted for prestigious North East Chamber of Commerce Inspiring Females Awards. In the lead-up to the awards ceremony in November, we’ll be catching up with each of them individually to hear about who inspires them, and their goals for inspiring others.

We start with Sophie Laidlaw, Technical Officer at Tharsus.

Sophie is developing technology for the global aerospace, agritech and logistics sectors, among others.  As well as being shortlisted for an Inspiring Female Award, she is also a national finalist in Make UK’s Rising Star Awards.

A career in engineering came to Sophie’s rescue:

“After various jobs in retail and property management, I was thoroughly bored of offices and decided to pursue a career doing something which really interested me. Since childhood, I have compulsively taken things apart to see how they worked, so engineering seemed like a good way to make a career out of it…  As a bonus, I would also learn how to put all those broken things back together again!

“I’ve also always been inspired by the power of engineering and technology to have a really big, broad impact.  A personal heroine is British engineer Beatrice Shilling. In the early days of WW2 she realised that a modification to the fuelling systems of RAF fighter aircraft would give them superior performance over their German counterparts. The modification went on to play a key part in our winning the Battle of Britain. When I say broad impact – the world would be a very different place today had it not been for Beatrice’s input.

“Tharsus is driven by a strong belief in the power of engineering and technology to solve the World’s most pressing problems. We call it “tech that matters.” Taking climate change as one example, Tharsus is working with global businesses within the aerospace, logistics and electrification sectors on a solution to address it.

“For me, I just had to be part of it. Three years on, nearing the end of my apprenticeship, I’m proud that technology and products I’m helping develop are active all over the world playing a part in tackling climate change. That’s a real buzz.

“I’ve met some amazing people on my engineering journey so far – for example, Melanie Stewart, who is Welding and Fabrication Lead at Universal Wolf. When you consider females in engineering are thin on the ground now, imagine what it was like 20 or so years ago when Mel started her career… She told me that, in those days, one of the most common reasons given for why she hadn’t been offered the job because there were no ladies toilets! Sticking with a career choice against that sort of backdrop takes real guts and perseverance. Today she’s using her welding and fabrication skills to lead on standards and training requirements for Universal Wolf, keeping them front of the pack.

In my view, she’s a far more deserving front runner than me for an NEECC Inspiring Female awards. She’s also a fount of very funny stories about life as one of the few female welders in the country. She’s next to be featured. DM her and she’ll tell you some!

You’ve been inspired, and now you’re inspirational in your own right.  Who do you want to inspire?

“The CEO of Apple recently said of gender imbalance in his own sector, that technology will not achieve nearly what it could achieve without a more diverse workforce – a very good point. I was honoured to be invited to speak at this year’s NEECC Inspiring Females Conference, and this statement by Tim Cook echoes the call to arms aimed at myself and this region’s women:

“Some of the biggest and most important companies in the world are choosing to work with engineering and fabrication businesses in this region – this isn’t an accident. It’s because they can see the passion, the talent, and the quality of our work, which enables them to deliver and succeed in their markets. The North East has the opportunity to be a global leader in advanced manufacturing and engineering. And yet, we’re held back because we haven’t enough people to do it. That’s because 50% the people who could and should do it aren’t being given enough information on the sheer range of career possibilities open to them. Instead, if they reach the end of their school years without a clear goal in mind, they’re being encouraged into traditionally “female” professions e.g., hairdressing. How can we – some of the most determined and skilled women in the region – work together to show the fulfilling career paths available in engineering and tech, and get our girls and women into careers where they can make things which change the world?”

In our next Inspiring Females instalment we’ll hear from Melanie Stewart, Welding and Fabrication Lead at Universal Wolf on inspiration, national sector recognition, and why a career in her field is must for the creatively-minded. 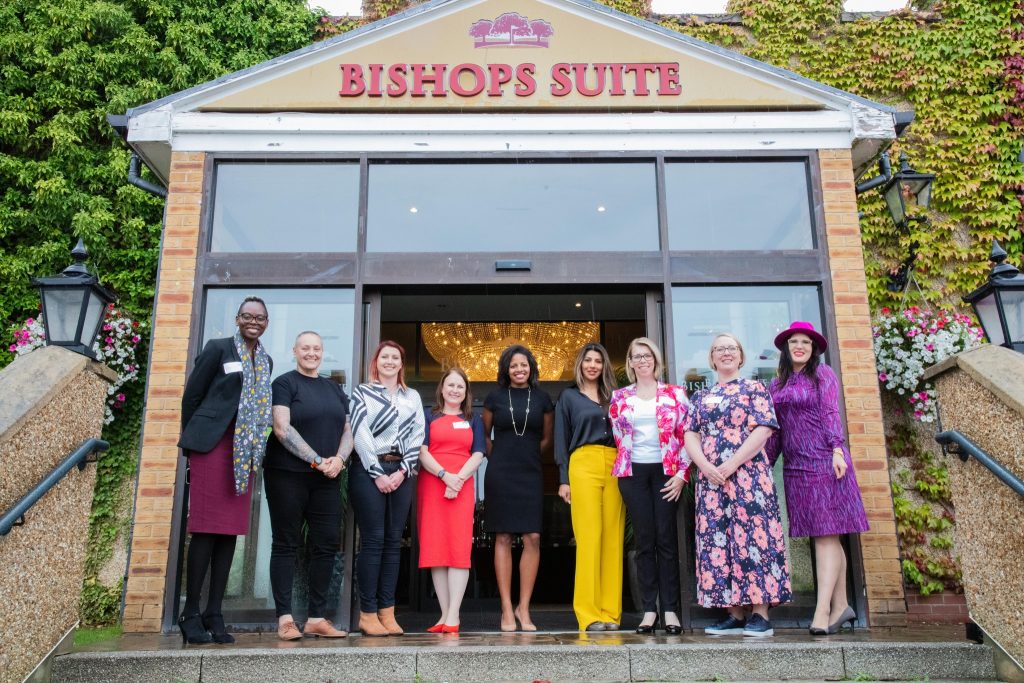