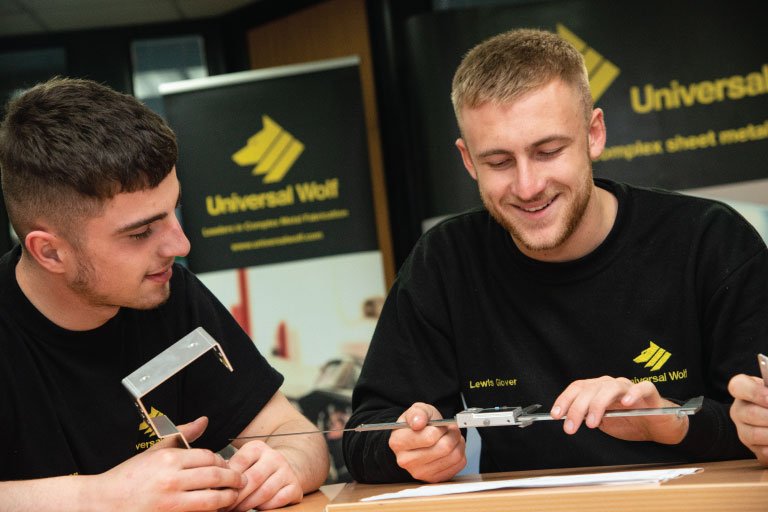 In the first of our apprenticeship features, we caught up with Lewis Glover, 1st year Fabrication and Welding Apprentice at Universal Wolf; about how he came to work for Universal Wolf.

Studying Business, Media and History at Sixth Form; Lewis realised that it wasn’t the right move for him.

“I found I disliked being constantly confined to a classroom with a lot of academic work. I’m a practical person, I like to learn by doing rather than from textbooks – so I made the decision to leave after completing my first year; and find something that suited me better.”

After spending some time working in a restaurant kitchen and helping out with at a roofing business; Lewis heard about the apprenticeship scheme through a family friend who worked at Tharsus. He thought the opportunity sounded interesting; and applied for a place on the Fabrication and Welding Engineering course at Universal Wolf. He is now learning his trade as an apprentice Machine Operator.

“I hadn’t heard of Universal Wolf before I applied for the apprenticeship. As I was researching the company and preparing for the interview, I saw that they were a growing business with a lot of opportunities available, and a great place to be.”

Lewis admits to being nervous before he started his apprenticeship at Universal Wolf – after all, it was quite a change from anything he had done previously – but he needn’t have worried:

“Everyone has been welcoming and supportive, there is always someone willing to lend a helping hand if you need it. I really enjoy coming to work every day. I would absolutely recommend an apprenticeship here to anyone who wants to work for a company that will both challenge and support them at the same time.”